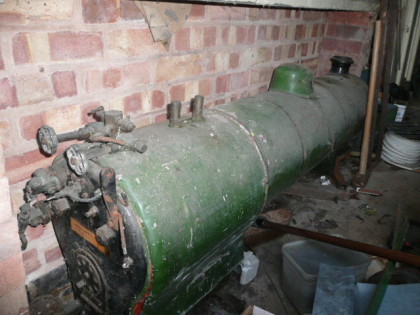 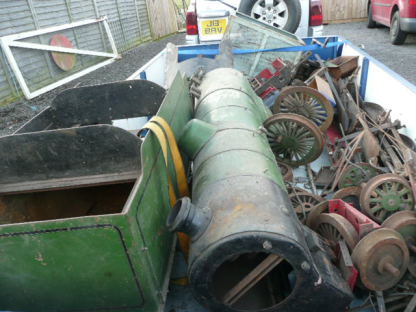 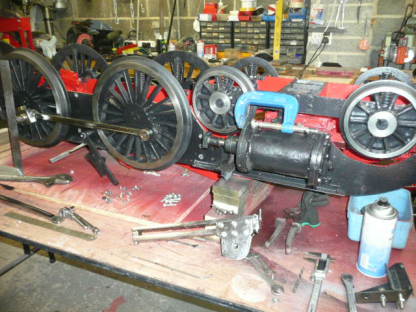 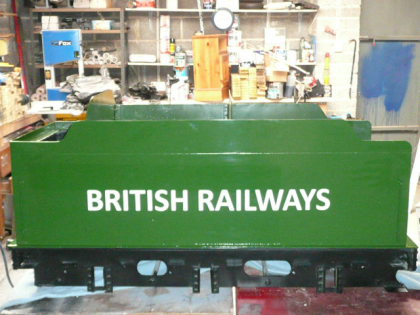 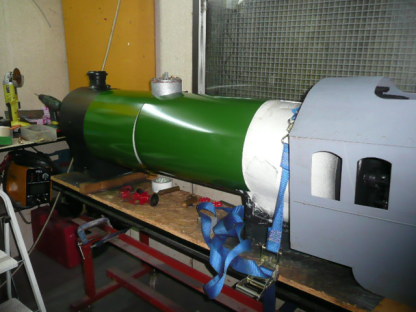 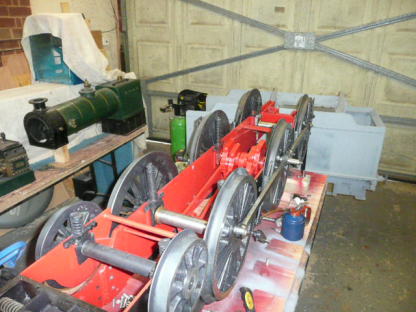 It starts with my acquisition of the loco in Dec 2013,When the president Mr Ray Wallace of our club, Leicester Society of Model Engineers sadly passed away.

His estate which included locos from 0 gauge up to 5" also stationary engines boats and traction engines.

I called at the house to look at a 2" diesel roller, Not realising what I was about to find.

When I was in the garage I saw on the floor a very large boiler, on enquiring what it was I was told it was a boiler for a 10 1/4"loco which Mr Archie Wallace Rays father had purchased in 1953.

No one in our club wanted it so I decided to purchase it after finding most of the parts lying about in the garage I sent a photo of the boiler to Dave Holroyde who is the miniature railway records keeper and within 2 weeks he supplied me with 4 photographs and a brief history. It was then I found out it was gauged to 11" that was a shock as I thought it was 10 1/4" it was built in 1949 by Mr T Trevitt and ran at Redcar and Whitley bay for 3 years and then sent to Middlesbrough to be scrapped ( why) I don’t know yet.

It was then purchased by Mr Archie Wallace and bought back to Leicester and dismantled, as I realize now nothing was done to regauge it.

I picked the loco up in Jan 2014 and bought it back to my workshop for complete shot blast , paint and rebuild to 10 1/4"

I have included a few pic’s of before and work done, I run 7. 1/4. on my railway which is, www.littlethorpeminiaturerailway.co.uk so I have to buy a few lengths of 10 ¼ track so I can try it out when I’ve completed her and find some where to run it.

I have wrote an article for the Redcar gazette to be published hoping I may get some more information on the loco which was named HYBRIB.

Loco is now on its wheels with all motion connected .

for valve  timeing  and wheels re-profiling.

About to  test the  original boiler ( fingers crossed) .

Tested boiler  at 220 psi no leaks, will be tested by boiler inspector next monday !!!

Tender off to the spray shop on friday.

ENGINE RUNNING IN 1950 AT REDCAR IN YORKSHIRE